When I was pregnant, someone told me that every age would be my favorite. Once I survived the infant stage, I have to say this person was correct. (I did not love having a baby. Every time someone told me, “Enjoy every moment; you’ll miss this when they’re old,” I felt like a terrible mother. I didn’t love every moment of having a baby; it was difficult and lonely.

I loved four, five, six, and seven. Eight was my favorite. There are many reasons I wish I could stop time and keep Liam eight forever. These are the strongest reasons I love having an eight-year-old:

He can express his feelings. He can tell me what’s wrong and whether he wants an apple or a yogurt. During our twice daily walks with Banjo, he tells me about his days, things he does with his friends at school, how he feels about his teachers, and asks questions about just about anything. He is getting really good at keeping a conversation going, which is a skill I know will take him far in life.

He can do things on his own. He gets his clothes ready and gets himself dressed. He can make an English muffin, pancakes, or a PB&J. He showers completely on his own and brushes his own teeth.  The fact that he is more independent is a huge help, especially in the morning. Last week, he cooked the family French toast for breakfast. He even set and cleared the table! I love seeing how proud he is of himself when he is able to do things on his own.

He has a good heart. I hope this one doesn’t change. Liam loves knowing that others are okay and takes care of people. If a classmate is out of school, he wants to know they’re okay. When his godmother gave him money for Christmas, the only thing he wanted to do with it was to donate it to the Food Bank. He realizes he is fortunate in a lot of ways and wants to help those who aren’t as lucky.

He believes the world is good. I know this will falter at times, but he still believes that everyone is a friend who deserves a chance. He assumes best intentions in everyone he meets. 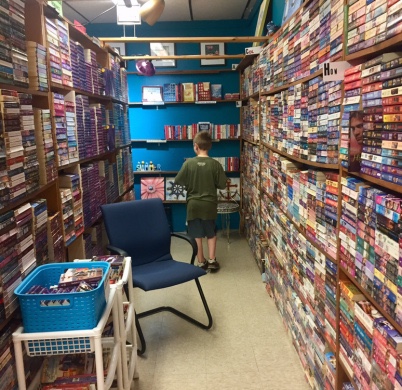 His problems are still pretty easy to fix. He’s really good about telling us things that are going on in his life. Most of his worries and concerns are pretty easy to address. When something is bothering him, we can usually talk through it in a short amount of time. I know that, as he gets older, his worries will not be so easily squished. 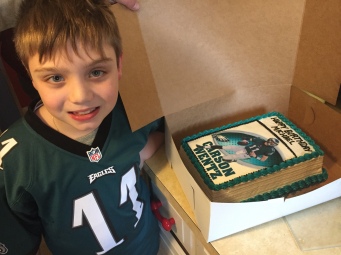 Yesterday, Liam turned nine. As we let him plan his day, we started at IHOP. In the parking lot, he began to cry because he did not want to turn nine. I hope that he is always so happy with his life that he doesn’t want anything to change.

T-minus three hours until the second cast is removed!
First grade vs sixth grade. Time is going by way too quickly!
New cast, who dis? Making progress!
One week post surgery is complete, but I have many more months to go https://worldsokayestrunner.blog/2021/08/31/week-one-reflections/
Since we cannot be in Vermont, we bring the Lake Monsters to us! @vermontlakemonsters #lakemonsters #fcblchampionship
Heck yeah they are! @vermontlakemonsters