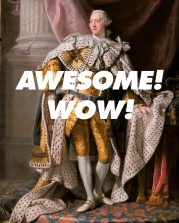 It’s weird to feel the first half creeping up on me. Tomorrow, I will complete my last long run before the big day. During the following week, I will take advantage of Liam’s first communion rehearsals to get in three runs during the week. When I look at the weather forecast, it tells me that the weather will be cloudy and in the low 60’s on the day of the race. The fact that the ten-day forecast includes half-marathon day is incredible and terrifying!

I’m wondering what that first week after the half will be like, a week without the pressure of training and making sure I fit runs into my schedule. I will admit that I slacked during the week. While I was great about the long runs on the weekends to increase my endurance, I did not get out three times during the week to work on speed. My weekday runs are shorter than the training plan suggests. It is challenging to get the runs in with Liam in school and Banjo running alongside me. The most Banjo can run is two miles; after that, he is exhausted. Poor pup hasn’t learned to pace himself. Those two miles are the fastest miles I run all week, then he wants to walk.

What comes next? My next half is in early October, allowing a short break before beginning another training session in July. This month, I am participating in a challenge through the gym where Liam and I take classes. After months of focusing on running and cardio with one weight-training class mixed in, I am interested in seeing how moving the focus to weight training will affect my body and my ability to run. I know my diet is holding me back, proving that one cannot out exercise a bad diet. My meals are pretty good; it’s mindless eating that counts, even when I don’t count it: the handful of Liam’s Chex Mix, etc.

It’s been a fantastic journey, one that I believe is only beginning.

In the past, I’ve been setting realistic, thoughtful goals, such as a three-hour half-marathon and a thirty-five minute 5K.  Here are a few of my superficial, egotistical goals:

I discovered Bob Mould back in high school. Never did I ever think that, thirty years later, I’d be teaching high school and taking my son to see Bob!
Thankful for all the care I’ve received over the past fifteen months. Even more thankful to be released from their care!
My goal was to complete the virtual Boston Marathon before my last followup with the orthopedic! Also, Strava, how could you do this to me?! (Yes, I should have gone a little extra!)
Dinosaur blanket = best Mother’s Day gift!
First middle school dance! #vermontlakemonsters
Guess who’s back!