Last week marked the twenty-fifth anniversary of the release of REM’s Automatic For the People.  I remember my parents giving me permission to go take the public bus to Providence to go buy the album on the day it came out.  We were living in a rural area, so this bus ride took well over an hour.  We walked around the East Side, by Brown University, thinking we were worldly and grown up.

Automatic was a much darker album than their previous Out of Time and the first release since huge breakout success.    I was instantly mesmerized by Michael Stipe’s dark lyrics and deep voice.  We quickly memorized every song, singing them from the back of the room before the start of English class.

For me, REM was an integral part of my childhood.  I fell in love them in ninth grade with Out of Time.  Automatic solidified their place in my heart.  It’s hard to believe how much music appreciation has changed since the invention of the internet.  Back then, we had to rely on MTV News, 120 Minutes, music stores, and magazines to learn about new artists and releases.  Nothing was “Googleable.”  One of us would learn a new bit of information about tracks, release dates, or possible tours and call the rest of our group, feeling powerful with news to share:

“I was at Strawberries today.  Automatic is going to be released October 5.”

“The title name comes from a dinner they used to go to in Georgia.  When we get our licenses, we are totally driving down there for breakfast.”

When I look back on how much harder it was to be a music fan those days, it reminds me how important music was to all of us.  I think about the afternoon I spent sitting at my kitchen table with cassette player, notebook, and pencil, determined to learn the words to “It’s the End of the World as We Know It.”  While music is still important, I wonder if I would ever be able to have that love of music again. Now, I no longer need to do that; I can Google the lyrics to any song.

REM was the soundtrack of my teenage angst.  Their music got me through what are supposed to be the best years of your life but, unless you’re the star in a cheesy high school comedy, rarely are.  I remember what part of my life each new album narrated for me.  The Monster tour was my first grown-up arena tour.  I had to go to Filene’s a few days before the show to obtain a wristband, granting me a place in line but not guaranteeing tickets.   I was the last person there to get tickets to their three-night stay in Mansfield.  I remember hugging a tearful girl behind me in line, thankful to provide comfort but more thankful to have tickets.  These days, I’m upset if I am placed in a virtual waiting room for tickets; how times have changed!

REM continues to be an important part of my life.  I have a playlist of their music set up for my runs.  This is evident by my tattoo of REM lyrics.  I had wanted to get something in my mom’s memory for a while.  The song “Sweetness Follows” discusses the family’s reaction to the loss of a father.  The lyric “live your life filled with joy and thunder” resonates with me.  My mom overcame a lot of challenges, some of which I didn’t learn about until after her death.  In spite of these difficulties, she never got bitter or sour.  My mom could find the best in anyone and the good in any situation.  I remember that when things start to get difficult and I need to remember the positive.

Mike traced the words using one of the last letters my mom sent me.  She had a very distinct backhand, the result of being a left-handed Catholic School survivor of the 1950’s.  While Mike traced the entire line, only the words “Joy and Thunder” fit nicely across my foot.  I found a fantastic tattoo artist who took the time to listen to me and had a steady hand for the work.  Two years later, I have never once regretted this tattoo.  After spending many years listening to REM via her daughter, Mom was not a huge fan.  She also hated tattoos.  Getting an REM tattoo in her memory seems an ironically fitting commemoration to her.

Part of the celebration of the twenty-fifth anniversary of Automatic for the People includes the release of two previously unreleased tracks that didn’t make the album.  The first, Mike’s Demo Track, I immediately downloaded.  A few later, I can’t bring myself to listen to the second track.  It’s weird knowing that this there is a good chance this is the last time I get to hear an REM song for the first time.  (Does that make any sense?)  So for now, I will keep that gem hidden from my Spotify until a time when I really need it. 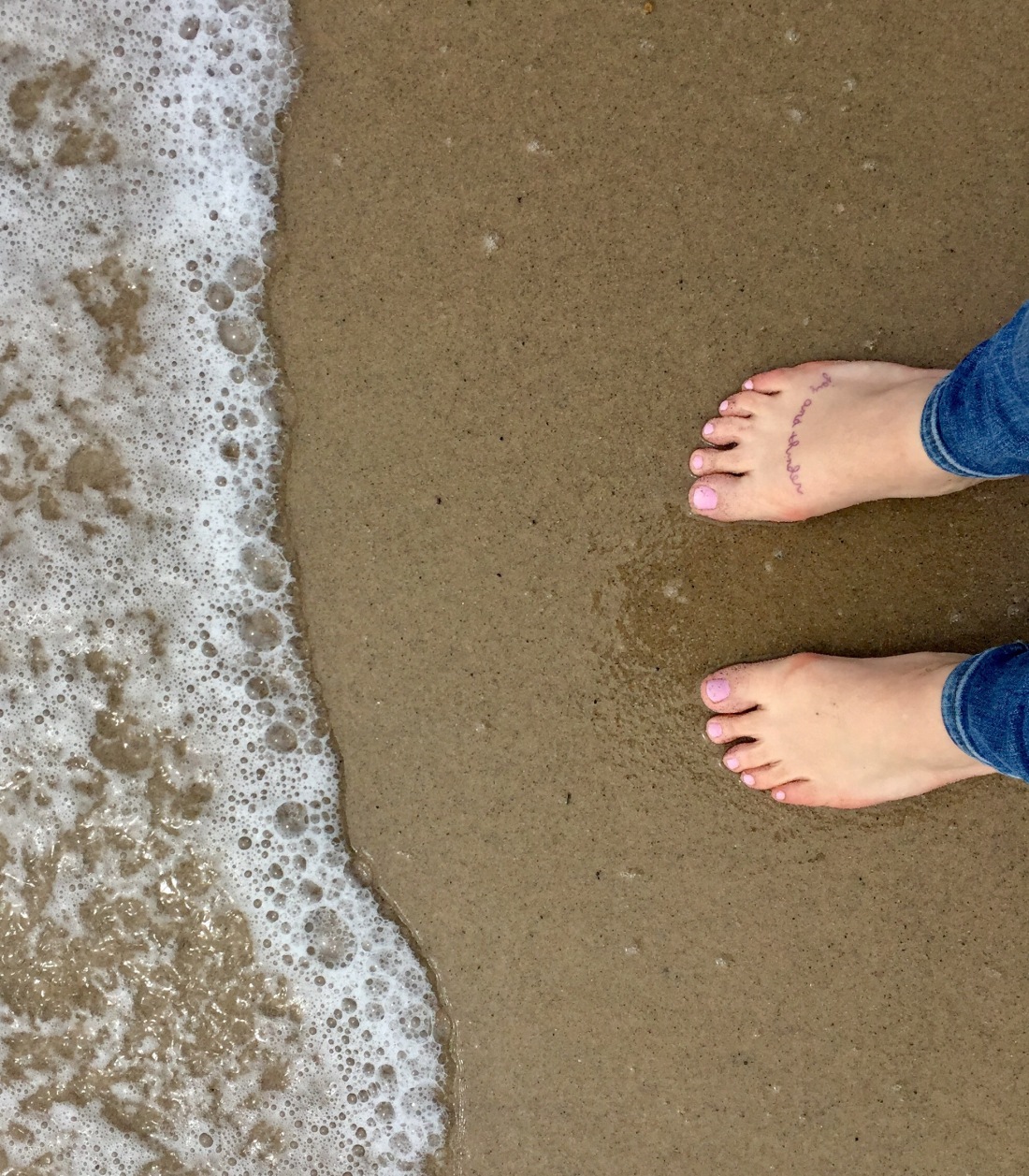 One thought on “#Automatic25”