So I am the mom who didn’t take a single picture of Halloween.

There was a rush to get ready and out the door to meet at our neighbor’s house for a few games before trick or treating.  Because Liam’s school didn’t have power and was canceled, he went to work with Mike for the day and didn’t get home until after 5:00.  We were convincing Liam to eat so he wouldn’t get tired and grumpy while walking around with his friends.  There was Liam’s sudden request for me to wear my Pikachu costume with him.  I was going to try to avoid dressing up.  He asked me.  At seven, he’s not going to ask his mama to dress up with him much longer.

The boys played a few games, a donut eating contest and bobbing for marshmallows, and were on their way. Liam said “Thank you” at every house, even when he didn’t think I was listening.  He really is a polite kid!  After about an hour in, he started to get hungry and whiny.  Because he ate a huge lunch, he wasn’t hungry at dinner and ignored our request to “just eat a little something.”  He made the decision to power through.  The kids had a blast!  We are so fortunate for fantastic neighbors and a neighborhood that really gets into the Halloween spirit!  Houses are decorated, and people are friendly. 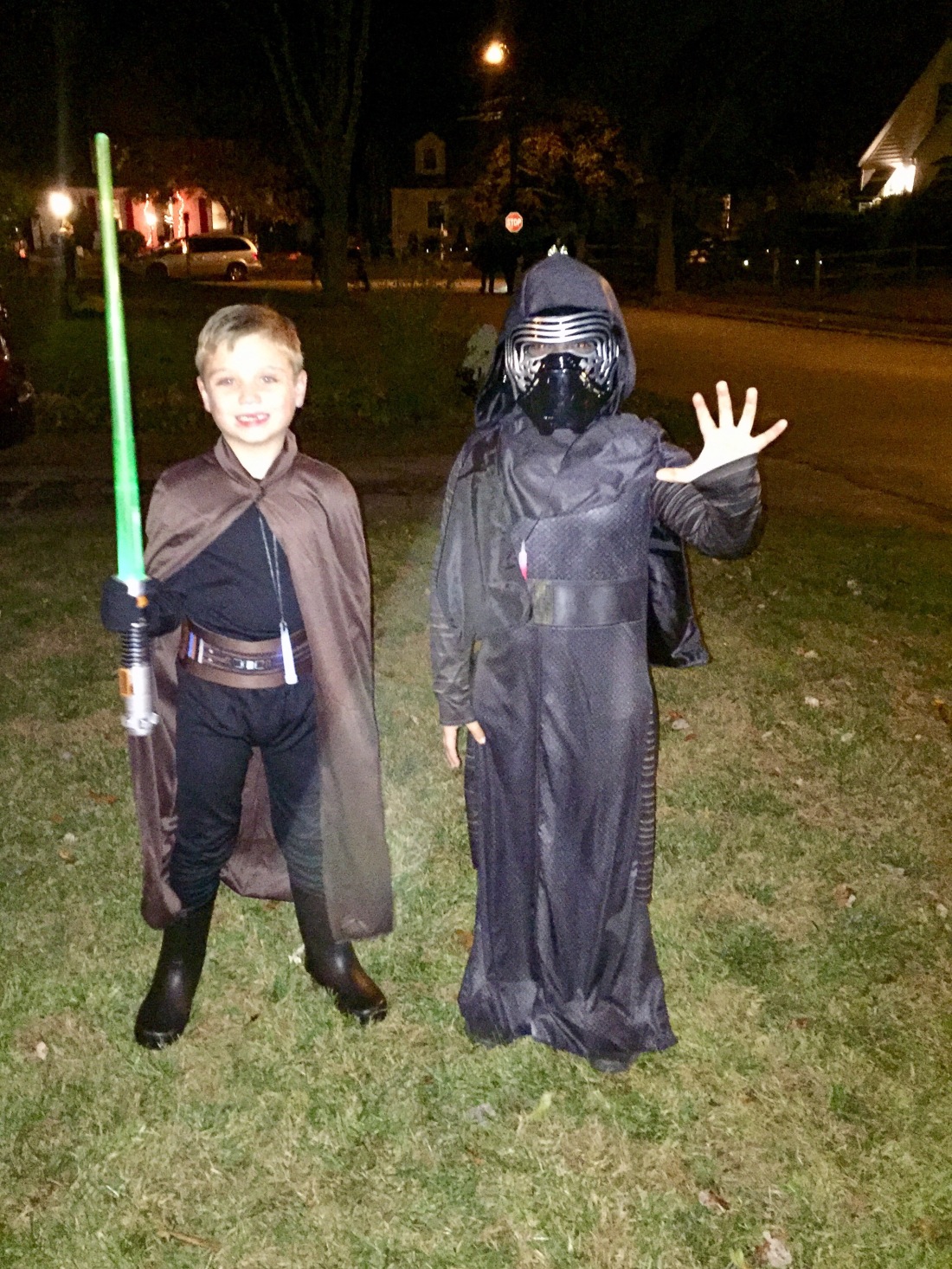 It wasn’t until we got home and I checked my Facebook that I realized I hadn’t taken a single picture of Liam in his costume.  We were so busy having fun that I forgot to capture it!  I love looking through my Timehop pictures on Halloween to see how much Liam has grown.  Next year will have a year missing.  It is what it is.  We have a picture of him wearing his costume at a trunk or treat event at the school last Friday night.

Somewhere out there are pictures of my sister and me on Halloween.  I know that we don’t have photos from every year.  My dad has moved a handful of times since my mom passed away; I don’t even know how many pictures he has left.  I love our cheesy photos in front of the fireplace wear quintessential 80’s Halloween costumes.  There was one year I was Strawberry Shortcake, and she was a Monchichi.

When I realized I had forgotten to take pictures, I felt a pang of disappointment.  There have been plenty of moments that didn’t make it to the camera.  I’m thankful for a night that was so fun, we were too busy enjoying it to stop and take pictures! Honestly, my only regret of the evening is telling Mike to take the remaining Halloween candy with him to his office.  I know I cannot trust myself with copious amounts of candy, but I wish I had saved a handful of Milky Way bars before banishing them from our house!

One thought on “If Your Kid Does Something Cool and You Forget to Take Pictures, Did It Really Happen?”